Salem Home has a long history in caring for residents. 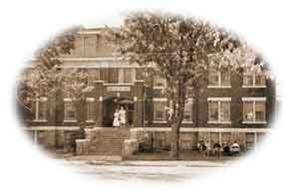 The settlers of the Hillsboro community gave early expression of their faith in God and of their gratitude for Hisblessings by building churches and schools. The feeling of the need for a hospital to serve the physically sick was also present almost from the beginning.

On March 17, 1889, the institution was dedicated to the service of the Lord, as a Home for the Friendless and the Homeless. The State of Kansas granted a charter to this new institution later that same year. It was decided that the K.M.B. Church and Bro. Martin would jointly carry on the work of this institution. The conference gave the home the official title of the “Industrial School and Hygiene Home for the Friendless.”

October 23, 1893 the Conference decided that a larger building was needed for the home. By October 18, 1896, the building was completed and dedicated for service.

For about 20 years, this Institution was the Home for Aged and Friendless people. It was unique in its organization and with the 105 acres of land, it was more or less financially self-supporting. But what made it a real home for the aged and the friendless, was the Love of God in the hearts of those in charge. They worked hard and faithfully, doing their work as unto God and not unto man. God richly blessed the institution.

On May 10, 1915, the institution was re-chartered under the new name of Salem Home and Hospital. Some of the rooms were re-arranged and equipped to serve as hospital rooms. Arrangements were also made and equipment installed to take care of minor and major surgery.

Limited space was available for hospital service in the home and more room was badly needed to carry on. During the years 1917 and 1918 a new hospital building was erected, sponsored largely by the K.M.B. Conference but financially also supported by the other churches in the community and by the City of Hillsboro. 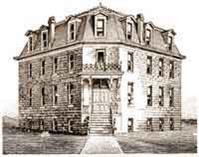 The original Old Home for the Aged that was built near Hillsboro in 1896 was struck by lightning on April 19, 1944 and “was completely destroyed by the resulting fire, after all the inmates (as they were referred to in those days)of the home as well as some of the contents had been removed.” The most needy patients were immediately moved into what was then known as the Annex to the Hospital and this division was then for many years known as The Salem Home.

On February 14, 1945 the temporary Home for the Aged organization invested some of the money received from the Salem Home and Hospital Corporation in the purchase of what was then known as the Mission Home.

During the years that had elapsed the Hospital in Hillsboro, operated by the Salem Home and Hospital Corporation, had become too small for the community needs and was also found to be inadequate as far as equipment was concerned. Many in the community felt that a new, larger and better equipped Hospital was needed in this community. The new hospital was completed in November 1956.

Remodeling plans to change the old hospital building into a Home for the Aged were immediately made and in late November the actual remodeling work got under way. Residents moved in on May 6, 1957.

A new addition was added to the hospital and dedicated in 1975. Residents from the Home for the Aged were moved to Salem Home.

In 1988 Home Health was offered at Salem Hospital, Inc.

New Life Development Center was added in 1992. The geriatric psychiatric unit was one of the first in the state of Kansas and remained  a top quality facility until December 2002, when it was determined there was a need for Alzheimer’s/Dementia care in Marion County. Salem Home (at the time still known as Hillsboro Community Medical Center) closed the geriatric psychiatric unit and reopened as a Special Care Unit January 2003, offering cares specific to people with Alzheimer’s/Dementia illnesses.  In February 2010 administration decided to eliminate the separation of residents with the Alzheimer’s/Dementia illness and our other residents.  The doors separating the two units were removed, and Salem Home became one overall community.